Notice that as \( △ < 0 \), the square root of the determinant will be an imaginary value

Roots Of The Quadratic Equation

The values of x satisfying the equations are called the roots of the equation. A second degree equation which contain at least one term that is Squared.

How to drive Quadratic Formula

Divide throughout by “a”:

Factorise the expression on the LHS and simplify RHS:

Take sqaure root on both sides

The X value found through the quadratic formula are roots of quadratic equation. X values where any parabola cross the x-axis.

Quadratic formula also define the axis of symmetry of the parabola. 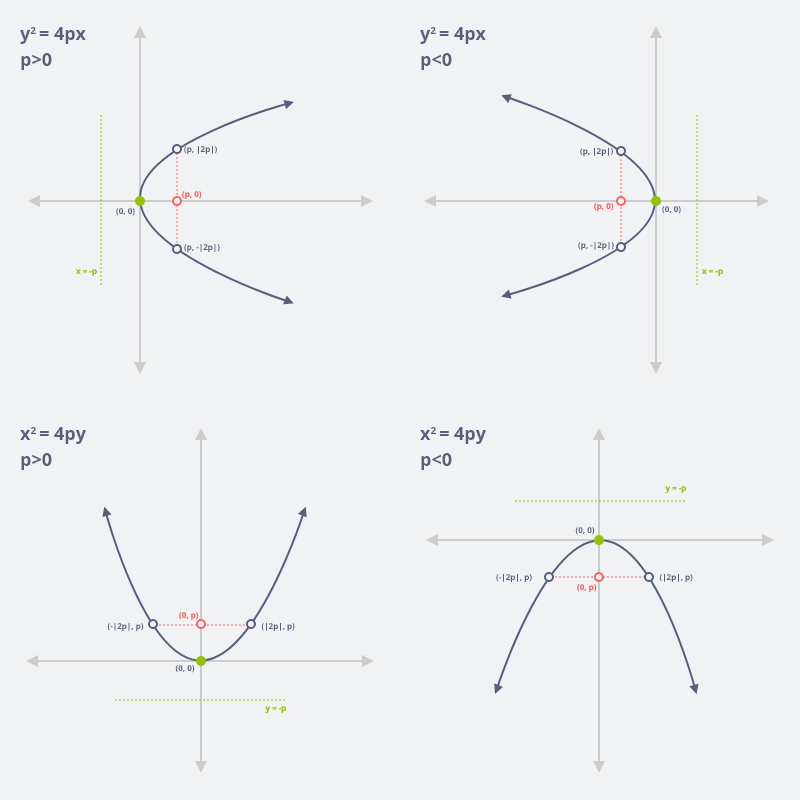 Our quadratic equation solver will solve a second degree polynomial equation such as \( ax^2 + bx + c = 0 \) for x, where \( a ≠ 0 \) for real and complex root where x is an unknown, A is referred to as the quadratic co-efficient, B is the linear co-efficient and C Is the constant. By considering discriminant value \( b^2 – 4ac \), we can assess the nature of the roots.
Check our Discriminant Calculator.

We can also graph the function \( y = ax^2 + bx + c \). Its shape is parabola and the roots of the quadratic equation are the x-intercepts of this function.

A Random Image Of Cup-Up Parabola 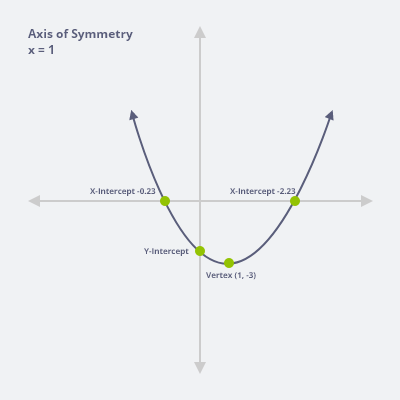 A Random Image Of Cup-Down Parabola 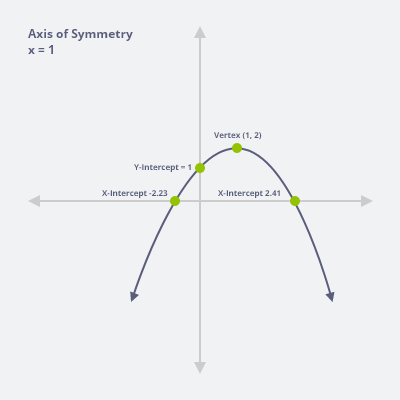 Note: The above mentioned formula for solving quadratic equation is normally used when the quadratic expression cannot be factorized easily.

Regardless of which method you are adopting you first need to check whether the quadratic equation should equal to zero.

Solution: It is a quadratic equation but it can be solved by factorization so we should opt for quadratic formula or either completing square method first.
For more details visit Quadratic Equation by Factoring Method

By completing the square method

After substituting the above values in quadratic formula, 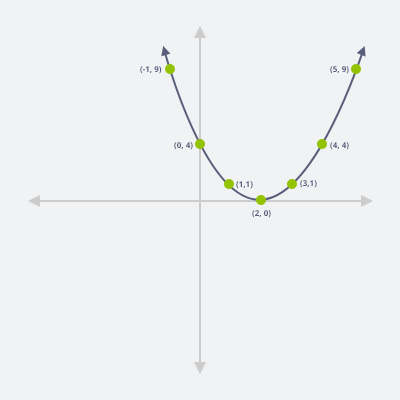 Now table will be 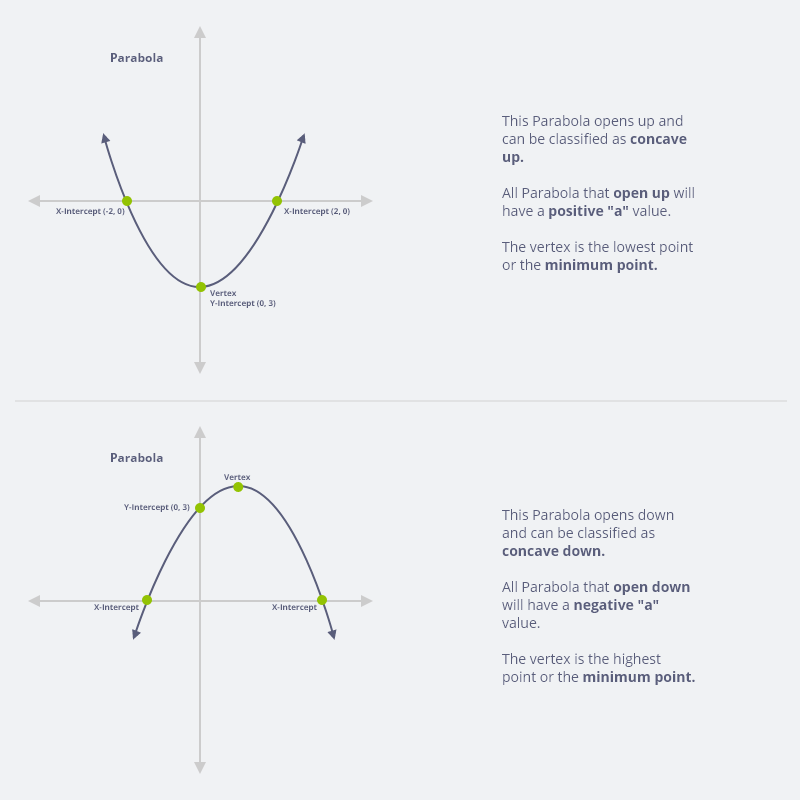 Quadratic Functions And Their Graphs: 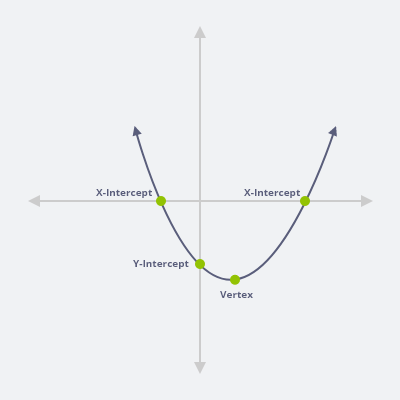 Lets suppose three equations A, B and C.

Pure/Incomplete Form Of A Quadratic Equation

Hidden Form Of A Quadratic Equation

It’s a fourth degree equation it means exponent of the leading term is twice the second term. Here we have to tackle it by substitution

And the second has no solution.

Q1: How to identify the quadratic equation?

Answer: Equation can be easily identified if it has highest power is two we can define quadratic equation as an equation of degree 2, which means that the highest exponent or power of this function is two. The standard form of a quadratic equation is \(y = ax^2+ bx + c\).

Q2: How can we apply a quadratic equation in our daily life problem solving?

Answer: There are a number of application, few of them are design of bridges, space science, satellite dishes that is designed to receive and transmit information by radio waves also has a parabolic types of shapes. Parabola can be seen in nature or in manner you can say that from the path of the throwing a baseball to the satellite dishes to fountains.

Q3: How can we draw the graph of quadratic equation?

Q4: How to find the co-ordinates of vertices?

Q5: How to find intercepts of the equation of the quadratic function?

Q6: How to write an equation of the axis of symmetry?

Q7: How to draw/sketch the graph of the quadratic function?

Q8: Is it possible to solve a quadratic equation if, it does not factorise?

Q9: Why is it called the quadratic?

Answer: In mathematics, a quadratic is a type of problem that deals with a variable multiplied by itself an operation known as a squaring.

Q10: What are the four ways to solve a quadratic equation?

Answer: There are basically 4 ways:
1- By factorisation.
2- By completing square method.
3- By graphical method.
4- By applying quadratic formula.

Q11: What are Babylonians Contributions?

Answer: Babylonian mathematicians used quadratic equations by geometric method to find out the area related problems of rectangles. For more details visit Quadratic Equation Is Based On Squared